Literally: An order of parents and a word of a matchmaker
This modern expression refers to the traditional marriage, which was arranged without the consent of the betrothed couple.
*

One family does not know the hardships of another
* 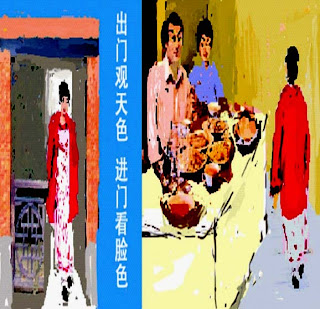 The predecessors work the land [and] the next generation collects [the fruit]
Every generation enjoys the fruits of the former generation's labor.
The same idea is found in the proverb:

The predecessors plant trees [and] the next generation cools off in the shade
We should not forget that our enjoyment results from the previous generation's work.

[1]In Chinese, there is a distinction between parents‑in‑law of the husband and those of the wife. Here means parents of the husband. The idiom refers to them because, traditionally, the wife would live with her husband's family. 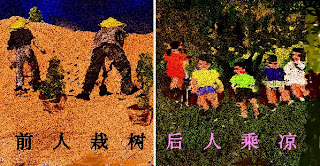 There is also an idiom relating to sons suffering from the deeds of their parents:
The son [must] pay his father’s debts
In the Bible it is written:
אבות אכלו בוסר ושני בנים תקהינה. (ירמיהו, ל"א , 28).
The fathers have eaten sour grapes,
and the children's teeth are set on edge. (Jeremiah, 31, 28)
*
[Though] a tree may grow ten thousand feet high, the leaves will fall back to the roots
Man, living far away from home, will eventually return to his native land.
*
A child who steals a needle will grow up to steal gold
*
The boatman's son can float on water
A son of a family that occupies itself with a certain profession will know something about that profession. 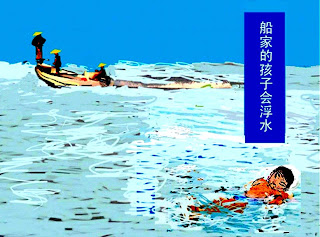 *
[Just as] when there is much salt the food tastes bad, when there are many children, the mother is bitter 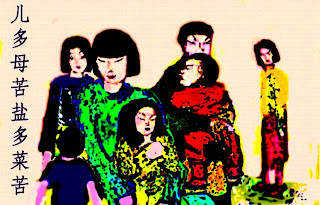 *
Literally: Tiger the father, tiger the son.
In English they say:
The apple does not fall far from the tree.
Or:
Like father like son 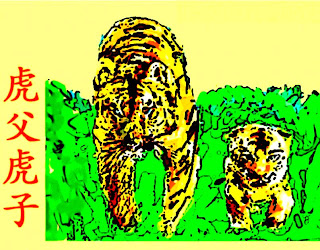 *
Literally: Hopes that his son will become a dragon.
Has great expectations for his son. 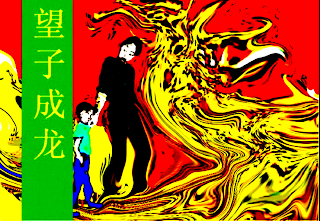 A small tree, though green, does not cast shade
Children, though clever, cannot achieve greatness. 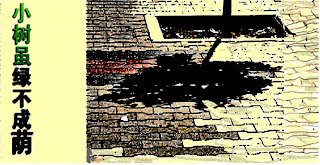 *
[Just as] the same tree has both sour and sweet fruits, the same mother [may] have both stupid and able children
*
Grandmother's dog (mother's mother) leaves right after finishing eating
Said lovingly by grandmothers about their grandchildren after their visit. 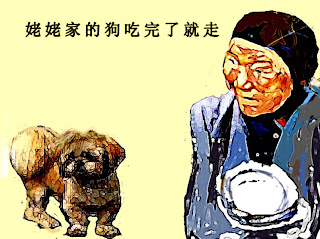 [1] The six relations are father, mother, older brothers, younger brothers, wife and children.
[1]See also the chapter on war, peace, army and strategy.
Posted by Hila Berliner at 5:34 AM